As there was a good amount of projects happening since the New Music on the Bayou festival, I haven’t managed to post any updates at all. I’ll try to make up for it and sum up everything in this post. Check ’em out (especially the one at the bottom of the list)!

Meeting around 40 composers and musicians in this year’s edition of the Toronto Creative Music Lab was really fun. The community is just so lively and invigorating that people later on described the whole event as “magical.” It was also magical to have premiered my work A Study on Exile, No. 1, with Jean-Sébastien Blais (oboe), Sarah de Niverville (viola), Grace Scheele (harp) and Austin Lamarche (percussion) dealing with physical spatialization and the Tagalog language for the first time. Riley Palanca‘s haiku poetry just meshed with the tidtu a bagu (kulintang music) within the textural soundscape of the piece, and it was my first time composing with the kulintang in mind. I’ve tried to maintain some distance from using the kulintang due to the cultural baggage it carries, but now I saw this as a good opportunity to tie it up with notions of exile and detachment especially that the traditional instrument has its own history of migration to North America where a number of artists and enthusiasts from the Filipino communities have considered it as a symbol of identity. Special acknowledgement goes to Kat Estacio and Toronto-based Pantayo Kulintang Ensemble for lending me a sarunay and keeping the music alive in this part of the globe.

(2) Recording Ni ici, ni là-bas in Montreal
Following the premiere of Ni ici, ni là-bas (for alto flute) in Montreal last April, I and flutist Marilène Provencher-Leduc regrouped and got fellow composer Takuto Fukuda to set up a recording session of the work’s complete version. The whole session was a blast! You can check out the studio recording here in my Soundcloud page.

Ending the summer months was never as stressful but exciting as premiering a work featuring aleatoric procedures and improvisation, things I never imagined I would incorporate in my compositional practice. Meeting all the lovely people in this small town community of Waterloo (and Kitchener) for the Waterloo Region Contemporary Music Sessions was also very heart-warming. Ni ici, ni là-bas got another stunning performance by flutist Jeff Stonehouse of Ensemble Paramirabo, and working with Priya Shah (soprano/improviser), Sara Constant (alto flute/piccolo) and Marek Orszulik (guitar) for the premiere of A Study on Exile, No. 2 was also extraordinary in that we have to learn how to shape the work within certain time restrictions (as the piece can end up running in 20 minutes if they get too excited and immersed). It was my first time conceiving a theatre work as well, cramming improvised choreography and Riley Palanca’s Tagalog sestina poetry into one rather feeble, thin tapestry of sound. Getting a hold of managing physical spatialization is one thing, as the performers have to occupy the whole audience space just like the previous study at TCML; dealing with choreography and the restriction of a small instrumental force is another. It was a learning experience for me in imagining and creating my own interdisciplinary practice, and the resulting performance was unanimously successful. Expect more interdisciplinary theatre/dance+music shenanigans as a result of these studies!

(4) Opus: Testing – Tower and Helm project
It was a challenge for me to continuously write new music all year since September 2016. This carillon piece …at kailan pa ibabalik ang taginting ng batingaw? (…and when will they ever restore the bell’s resonance?) will be my sixth premiere for 2017, written as part of the Opus: Testing – Tower and Helm project organized by Musica Reflecta and the Canadian Music Centre. Carilloneur Roy Lee will play a short excerpt of my work along with others in an outdoor concert this 22nd of September 2017, 5:45 PM @ the grounds of the Metropolitan United Church, 56 Queen Street East, Toronto. It will continue to be a work in progress given the hurdles in working out a fast piece for a loud instrument that requires physical strength, agility and focus. Friends in the area, please do come to the event and support us and our music. (I’ll need a one-month break after all of this!) 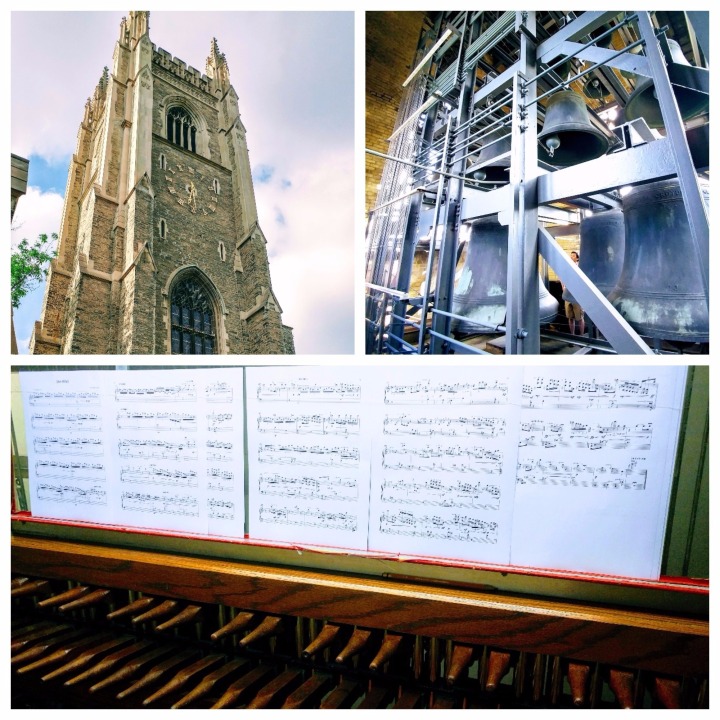