Skip to content
With Dayang Yraola curating this project, the installation aims to bring performance/sound art and discourses on the environment out where no one could avoid them: at street lamp posts! Upon invitation, I composed a 2 1/2-minute acousmatic work as my contribution to the sound installation component of this project (and also as a potential platform of discourse on notions of environments and of imaginations of spaces). Being currently in Montreal, I won’t be present on its launching, but exhibit is sure to run from 5 February to 1 March 2015 at the Academic Oval (in front of the UP College of Music), University of the Philippines, Quezon City. Hope you’d take interest in checking it out! [UP joggers and strollers, be warned! ;)] 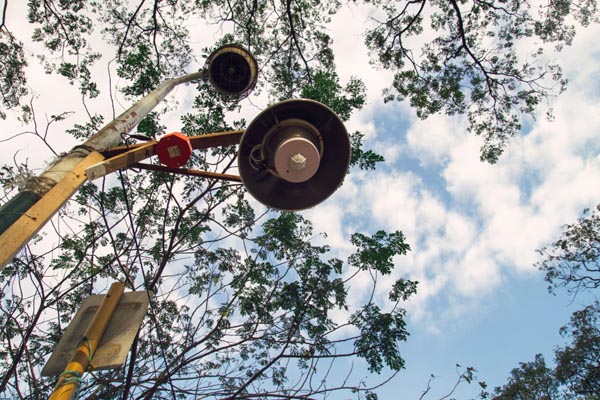 From the curator: “…sounds from the urban eco-system were recorded as an attempt to isolate them and direct more attention to them. The simple title Listening Terminals is as literal as it appears—listening as the act of consuming, and terminals as the medium of consumption.

“How this whole exercise is related to sustainability is not a direct statement. Rather than stating directly that: ‘this is your environment and that you are responsible for it’; the project terminates the statement at ‘this is your environment….’ The curatorial of the Sound/Movement component of Project Bakawan is focused on providing sensorial stimuli, which has more potential for continued discussion among the interested audience (whether on the topic of urban ecology, sound art, music, dance, movement, etc), rather than a prescriptive statement. Therefore has more potential for a sustainable discourse.”